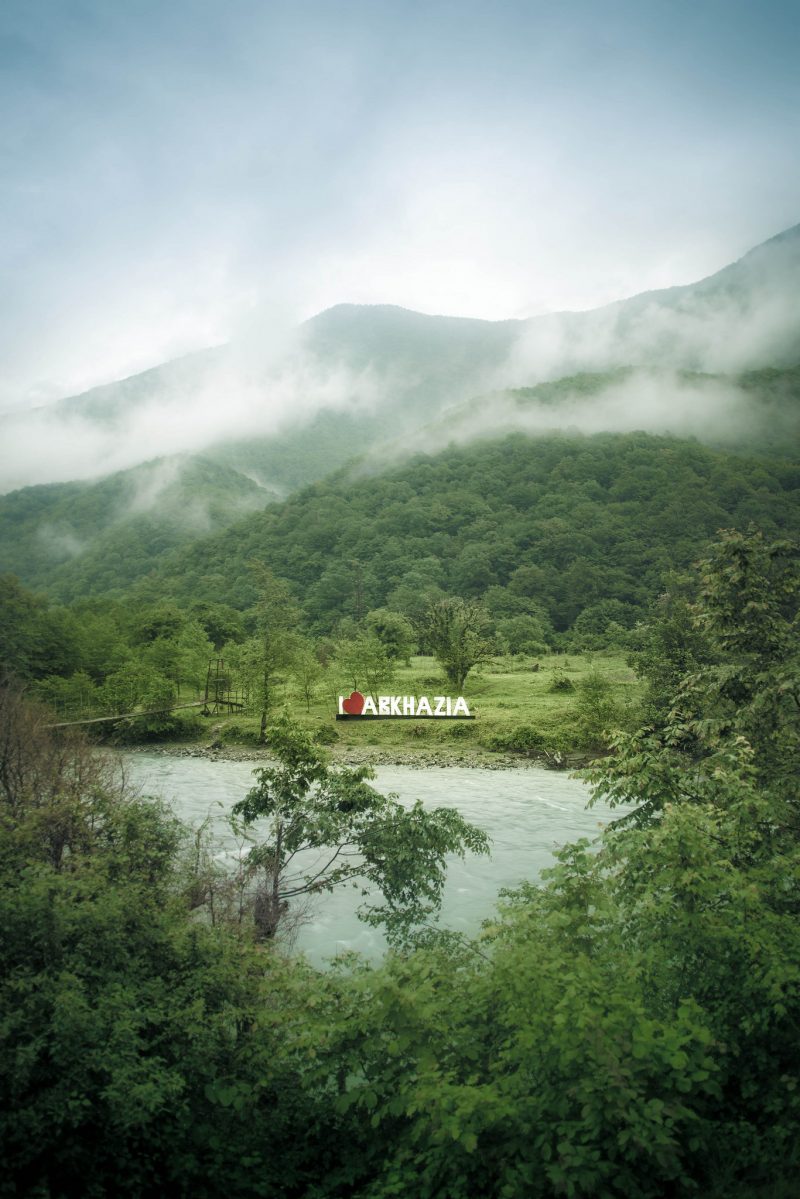 We love Abkhazia – Roadsign on the way to lake Ritsa // Abkhazia